A Proton Exchange Membrane Fuel Cell: How does it work :

A PEMFC is power generative system it is based on a stack (power generation) and a hydrogen storage tank (energy storage).

The stack is made of several Membrane Electrode Assemblies (MEA) where the energy is generated thanks to electrochemical reactions:

The two electrodes, anode and cathode are stuck on a polymer membrane which allows to transport the proton from the anode to the cathode. This membrane gives to the PEMFC its main characteristics regarding the operating conditions (low temperature) and fast response time. 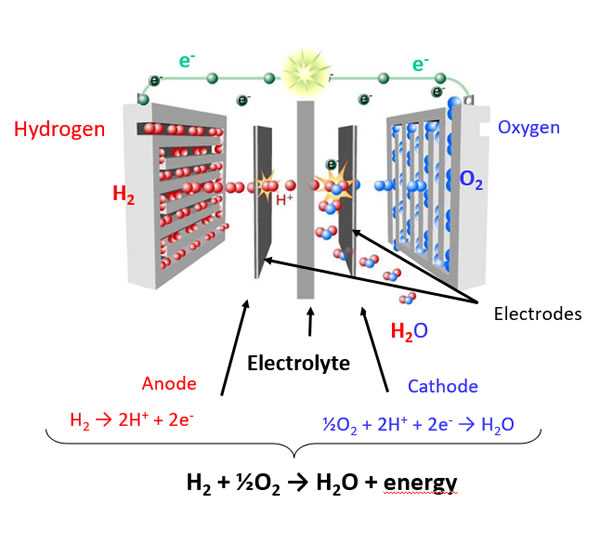 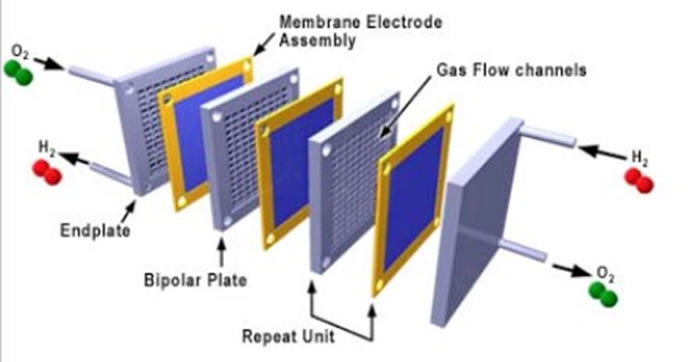 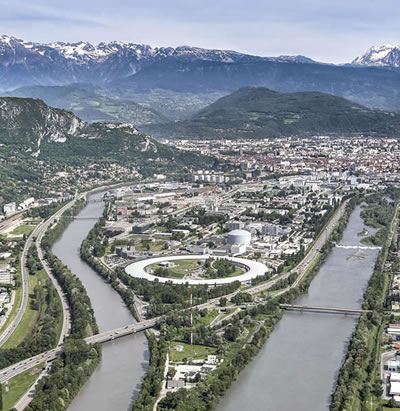 Why a PEM Fuel cell in a car :

Because of the greenhouse gas emission and the dependence to fossil energy of the classic cars, decarbonizing transport is proving to be one of the largest R&D projects of the early 21st century. Motor vehicles are one of the greatest purchases that an individual will make anywhere in the world, with ca. 800 million vehicles in use worldwide. The motor industry is therefore one of the largest global forces, employing millions of people and generating a value chain in excess of $3 trillion per year. A consequence of this colossal industry is that road transportation emits 4.6 billion tons of CO2 per year worldwide, approximately 17% of mankind’s greenhouse gas emissions. The ever increasing demand for personal mobility and the years of development of the burning engine industry makes the emergence of a competitive technology of this sector particularly difficult. Competitive technologies need to exhibit same range of performance with affordable prices.

The Fuel Cell is a technology of interest to replace the thermal engine and deliver power to the power train. It is currently accepted in the FC market, that Proton Exchange Membrane Fuel Cell (PEMFC) is the best candidate for automotive application. Thus, PEMFC will play an important role in the sustainable growth of global industries through transportation. Although PEMFC has been widely and extensively researched and developed throughout the last 30 years, there are many exiting place for innovation to make that technology even more competitive.

Thanks to its catalytic features, Pt (platinum) is used both at the anode and cathode to accelerate the electrochemical kinetics. The major issue is the high-cost of this precious-metal catalyst, Pt contributing to approximately 55% of the total system cost and since the begin of the 21th century, its price has been in constant augmentation (except a little crash at the end of 2008). In addition to the high material cost, the precious-metal Pt catalyst is extremely sensitive to CO, H2S, NH3, organic sulphur-carbon and hydrocarbon based impurities present in H2 streams and NOx and SOx in air. That low tolerance toward H2 impurities requests the use of a high quality grade H2 for high power generation. Pt is also prone to dissolution and/or agglomeration resulting in performance degradation. More significantly, Pt deposits are likely to become scarce in the coming years [40 years reserves at the present rate]. Decrease the use of Platinum in the heart of a PEMFC is one of the principal challenges for the widespread diffusion of this technology.